Have it delivered on the day of the occasion.

A smooth, beautifully structured and well-paced Speyside malt with a rich texture and a balance of sweet fruit, dark chocolate, toffee and spice

Rich and beautifully tasting Single Malt Scotch Whisky from the Cardhu family
Fairly dry with biscuity oak and a little cinnamon, plus toffee and apple notes
Serve in a large balloon glass neat or with a little water. Gold Reserve also offers up some new, fruity flavours when served with ice
Master Blender Matthew Crow has carefully selected casks to create a mouth-wateringly sweet, rich and mellow Single Malt whisky
One of the most distinctive, luxurious Scotch Whisky bottles in the world, perfect as a gift.

Rich and mellow, with warm notes of baked apple and toffe 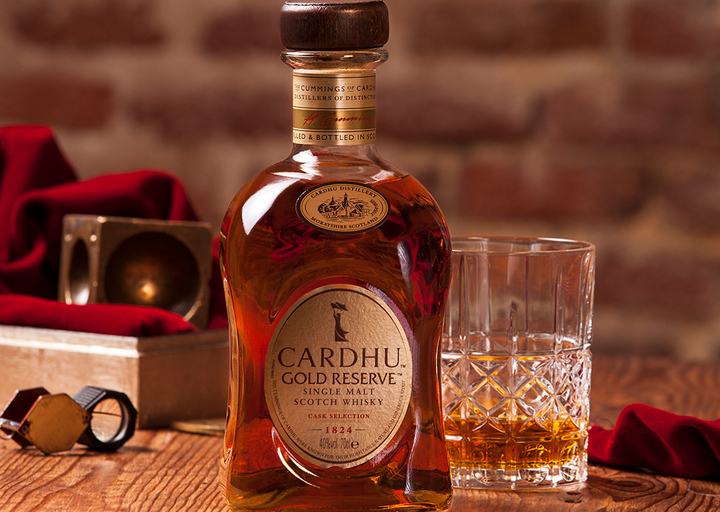 Beautifully presented in luxurious gold packaging, making it the perfect gift for any whisky lover

Serve in a large balloon glass neat or with a little water. Gold Reserve also offers up some new, fruity flavours when served with ice.
Alcohol Unit: 1.0

A bit of history

The crafting of Cardhu Gold Reserve pays tribute to the generous nature of our founder Helen Cummings. Featuring hand-picked toasted oak casks to bring forward its notes of honey and sweet baked apple.
Though they take their name from the Gaelic for ‘black rock’, the malts of Cardhu have a warmth and cleanliness of taste, often described as silky, making them both elegant and approachable

The perfect blend for an indulgent celebration, a personal creation of Master Blender Jim Beveridge.

A smoky, single malt from a remote distillery on Scotland’s most famous Whisky Island Islay.

Bold and lightly spicy flavour, with a smooth, clean finish.